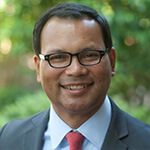 Rich is a director of Diversity and Inclusion at Novant Health, and he brings extensive experience in culture transformation.  In his role, Rich leads strategies and work that create a culture where people feel included, engaged and free to be themselves while achieving Novant Health’s goals.

Rich’s background includes both consulting and internal roles in the areas of organizational development, culture transformation, merger integration, and change management. He has led work for companies such as Motorola, PepsiAmericas, McDonald’s, Schering-Plough, Chicago Tribune Company, The Spiegel Group, and Exelon.  Rich worked at Bank of America where he held roles responsible for organizational design, culture change, and team effectiveness.  Prior to Novant Health, he was a senior consultant at The Center for Intentional Leadership where he helped clients create high-performing teams and cultures.

Rich is committed to the Hispanic community in Charlotte, and he has recently been appointed to the Governor’s Advisory Council for Hispanic/Latino Affairs. Additionally, Rich is a board member of A Child’s Place, Urban Promise, The Latin American Economic Development Corporation, and a member of the President’s advisory board for his alma mater.

Rich grew up in Guatemala City where he attended military school before moving to the US. He resides in Charlotte, NC with his wife and four daughters. In his rare moments of spare time, he enjoys anything related to his favorite soccer team, FC Barcelona, traveling to other countries, and long summer days with his family.